Most folks working in the healthcare industry, especially for those of us in Singapore would have heard by now, that SingHealth’s IT System was hacked where records of 1.5 million patients (including our Prime Minister, Mr Lee Hsien Loong’s) were stolen. 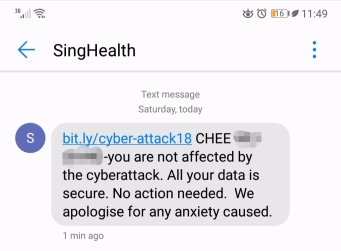 Before I continue, it is important for me to provide some context so one apply relevant perspectives when evaluating my thoughts below;

With the above, here are my two sense worth;

Now, I am not saying everything is fine and dandy and we should all have a good laugh at this saga then forget all about it after a nice cup of coffee. However, I think there are too many ‘experts’ out on the internet dishing out unwarranted (sometimes out of context) remarks that are totally unacceptable. (in other words, vent if you must but give the folks at SingHealth a break).

What is really important is to learn from this incident and figure out how to build in better mechanism so we are better equipped to handle such incidents in the future. To quote our Prime Minister, Mr Lee Hsien Loong “We cannot go back to paper records and files. We have to go forward, to build a secure and smart nation“.

Lastly, the above opinions are my own and if you strongly disagree – I wrote, publish, spoke on this topic since 2004, show me your published work specifically on this subject and we will have a conversation 🙂