I hope all of you enjoyed the holiday sessions and didn’t end up working like I did (I did have some rest but…..)

Anyway, I received this email earlier today and thought I’ll share it with you  wonderful people.

Note: If you noticed, I did not utilize Facebook nor Twitter’s services so I reckon binaryHealthCare is doing pretty good, given that its done on a spare time basis 🙂

The stats helper monkeys at WordPress.com mulled over how this blog did in 2010, and here’s a high level summary of its overall blog health: 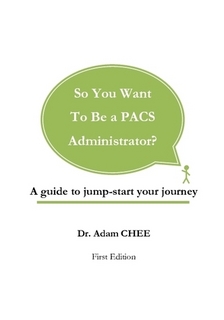 In 2010, there were 121 new posts, growing the total archive of this blog to 519 posts. There were 19 pictures uploaded, taking up a total of 4mb. That’s about 2 pictures per month.

The busiest day of the year was October 25th with 553 views. The most popular post that day was “So You Want To Be a PACS Administrator”.

Where did they come from?

These are the posts and pages that got the most views in 2010.